From the previous EU enlargements experience, NGOs can contribute in the EU negotiations in several ways e.g. by providing opinion and emphasising to the European Commission and national governments the most important issues and challenges thus requiring more commitment, or they can have a classical “watch dog” role, that in some case, may reduce their possibility to add value and contribute in the EU negotiations.

On May 7th 2019, a second workshop related to NGO and EU negotiations process was organized –  “NGO involvement in the EU negotiation in Chapter 27”. The event was attended by wide group of environmental NGOs active in environmental sector in Albania. At the workshop was shared NGO experiences from other candidate countries (Croatia, Serbia, North Macedonia) and EU member state (Lithuania) in EU approximation and negotiations process, as well situation of EU accession process in Albania was presented and discussed. The main outcome of the workshop is expressed as a clear commitment and interest of Albanian NGOs to take an active role in the EU accession process. Gathered NGOs indicated an interest to take part in the EU negotiations and positioned themselves to become a constructive and pro-active stakeholder group for Chapter 27. As a result of a constructive discussion during the workshop the NGOs expressed their interest and a need for support in elaborating their position during preparatory activities and EU negotiations process for Albania for Chapter 27, focusing on following sub-chapters: horizontal issues, waste, water and nature conservation.

Following the workshop’s conclusions, SANE27 in order to support the process of EU negotiations on Environment and extend the impact on society and stakeholders has developed a new activity “Support to NGOs involvement in the EU Approximation for Chapter 27”.  The activity aims at enhancing Albania’s EU accession process by stimulating dialogue between Governmental institutions and NGOs on environmental acquis especially on the above-mentioned thematic sub-chapters within Chapter 27 and to support the NGOs participation in the preparation for EU negotiations for Chapter 27 Environment and Climate Change. Establishing a good dialogue among NGOs and communication with relevant administrative structures can significantly contribute to better preparation for EU negotiations in Albania, and later during negotiations as such. Being at this stage of the EU negotiations, for NGOs in Albania is very important to understand the EU approximation (negotiations) process and take a responsibility of an important stakeholder that will use the opportunity to bring upfront some environmental issues but still to be a constructive partner in finding best possible solutions in achieving EU requirements in environment, considering national circumstances.

The call for selection of NGOs consortium to implement the activity – “Strengthening involvement of the NGO sector in the EU Approximation for Chapter 27” was announced in January 14, 2020. The procurement  was completed in March 2020 and the winning NGOs consortium is GREEN 27+. 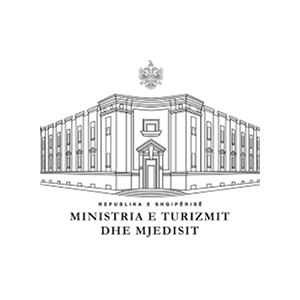